Our project has been led by volunteers and most of the activities have been undertaken by volunteers, with the guidance of our professional contractors.

The project steering group came together early in 2012, comprising volunteers from Hexhamshire and Slaley parish councils and communities, and representatives from the Board of the Friends of the North Pennines charity. Its eight members have met monthly for over three years and provided over 350 days of their time to help run the project and take part in its activities.

Our plan set an ambitious target of achieving 900 days of voluntary effort from 90 different people but such has been the enthusiasm and breadth of involvement that around 1,600 days has actually been contributed by 190 volunteers. Hexhamshire and Slaley lie in sparsely populated countryside. While many volunteers live there, we have also benefited from the involvement of people joining in from across a much wider area – from the nearby market town of Hexham and along the Tyne Valley to Newcastle, from the Allen valley to the west, from Weardale and Teesdale to the south. A student from Spain came along to help us dig, having heard about it from the people she was staying with in the summer of 2014. 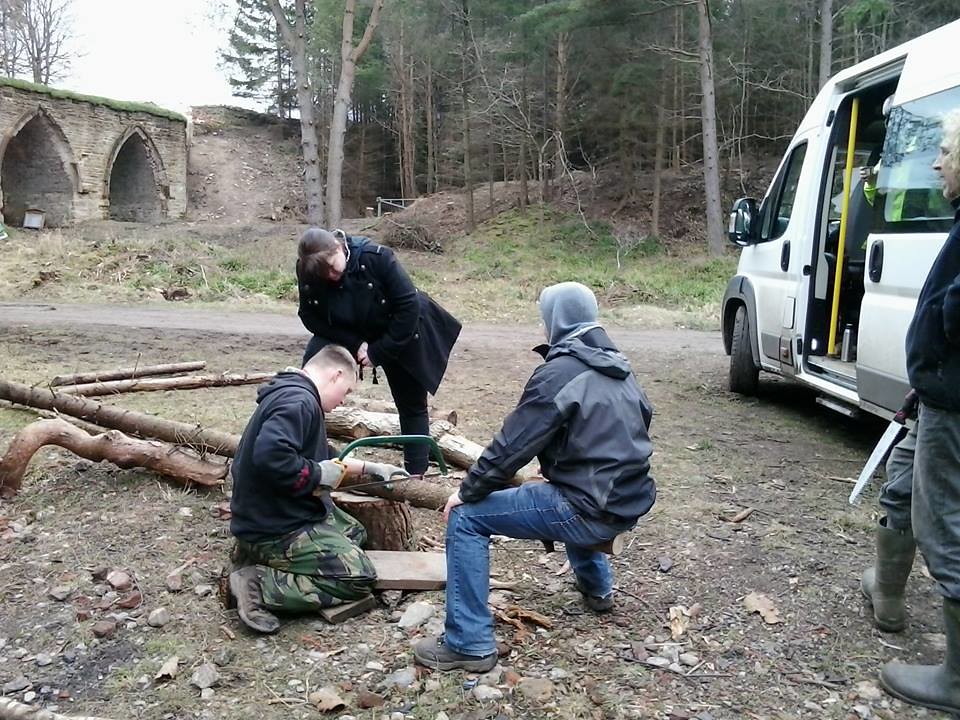 The wide range of activities has helped to attract people from all walks of life. Details of all the digging, researching, photographing, scrub clearance, cooking, acting and much else besides are given elsewhere in this website, but here are just a few examples of the contributions, activities and friendships made and enjoyed. John came to a drop-in session in Hexham about reading old documents and has progressed to having his research published in the local history society’s newsletter. Yvonne learned how to churn butter and make proggy mats through her involvement in the ‘Heritage cook-off’, was a steward at our Slaley Show exhibition and has helped lots of people find out more about their family history. Gordon came to a talk at Crawcrook near Blaydon, joined our document transcription group and took photographs of many project events for our website. Hexhamshire farmer David took some of the stories and characters revealed by the archives to create a hilarious playscript, then recruited and directed a team of talented young actors who have entertained audiences with ‘Carry on Mining…Ore’ in halls around the region. Pat was involved from the outset and has organised many of the project events , including art and craft classes and display exhibitions at the annual Slaley Show, the highly successful Heritage Cook-Off event, Storytelling by Candleight at the arches, and the introduction of the site to local schoolchildren and their teachers. 10 year old Freddie from Allendale so enjoyed his school visit, joining in with mortaring walls, using a camera obscura and archaeology at Dukesfield that he began digging trenches in his garden, and his classmates Harry and Amy have joined the Young Archaeologist’s Club. 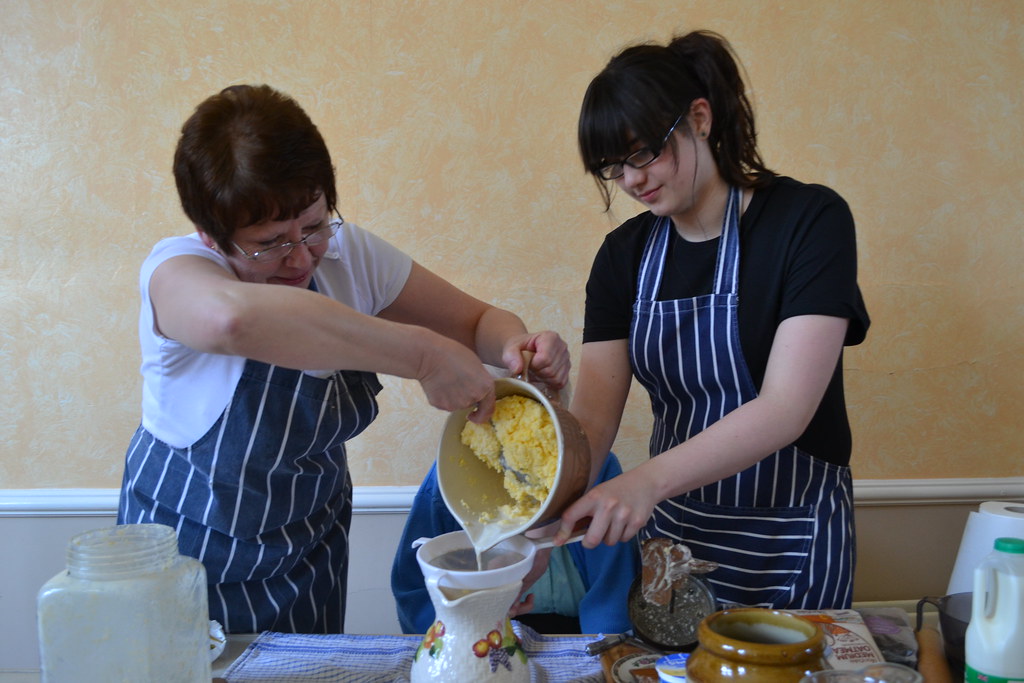 Judy from Hexham got interested in some papers she came across whilst helping with the transcription group relating to a murder which took place in the summer of 1765. She has now taken this up through ‘Hexham Heritage’, a new small group which aims to bring to life some of our local stories, through events, and reconstruction. The plan is to encourage people to join in a ‘cold case’ investigation at various places in the district mentioned in the papers and learn about Georgian crime and punishment by trying to solve the case. 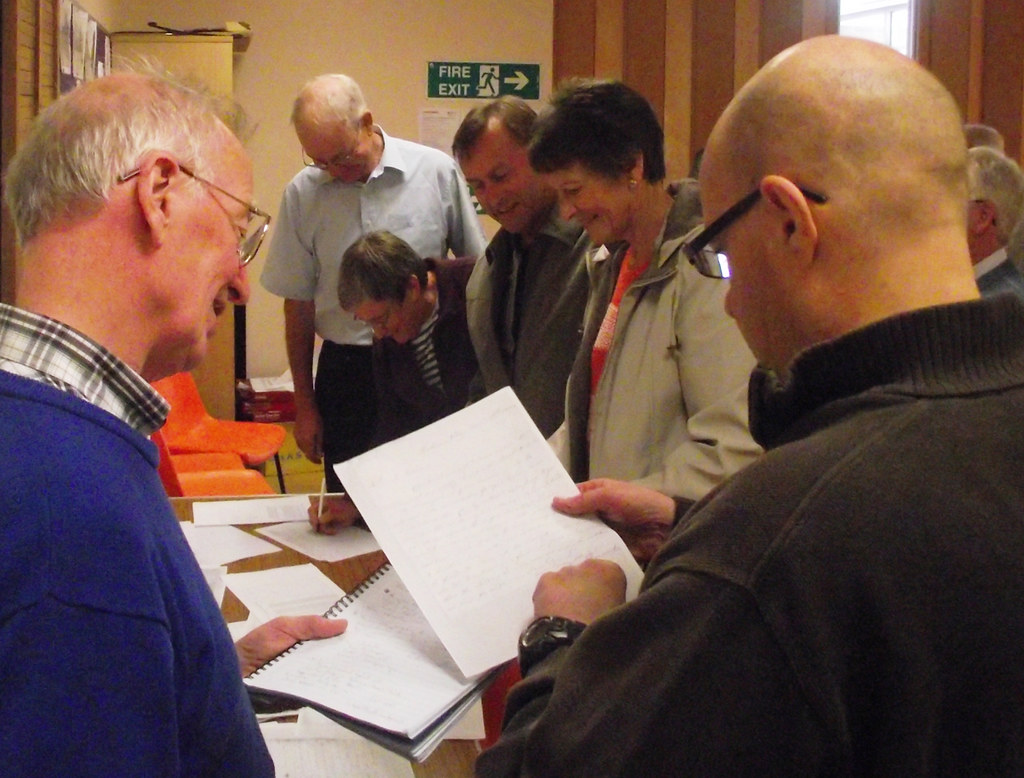 Pete Lee lives near the Arches, and was walking past them one day when we were digging, and decided to join in. “I just about knew which end of the trowel was which, and enjoyed the Time Team on TV, and now here was a chance to find out what used to go on at the Arches and why they are there. Uncovering preserved remains that have been buried for so long is fascinating. Equally addictive is piecing together a coherent story of what those remains show. Having real archaeologists on hand to guide you in these efforts is a great help; a great learning experience. Midges, damp feet, mud, aching muscles … but who cares!” Pete went on to dig into the archives too, successfully wrestling with poor handwriting to uncover the trials and tribulations of a Newcastle lead merchant in the 1670s. He has also helped with the project website and putting together materials for our final exhibition touring libraries and museums around the region.”

Several generations of Pat Wilson’s family have lived at Slaley, where she is Clerk to the Parish Council. She has been involved in the project from the outset and has organised many of the public events, including art and craft classes and display exhibitions at the annual Slaley Agricultural Show, the highly successful Heritage Cook-Off, Storytelling by Candleight at the arches, and the introduction of the site to local schoolchildren and their teachers. “When our two local parishes decided to join forces to protect The Arches and learn more of their history I volunteered to join the steering group because of my interest in local history. It was great to see five generations take part in the Heritage Cook- Off event I planned and organised, seeing at first hand the pleasure, understanding and knowledge this event gave to everyone through food from the lead smelting days and its preparation. I loved seeing children taking part in our Slaley Show Dukesfield ‘archaeology dig’ and finding “lost treasures” deep in the sand then talking about what they might have been or what they were used for. The 18th century skittle game and being able to try for a “double-six” was something that no one alive today had seen before and brought wonder to faces of young and old. It has been great to see my own grandchildren becoming interested in and learning about the Arches. In leading the Storytelling by Candlelight I hope to share my love of stories and poems with others while drinking in the atmosphere of The Arches at night.” 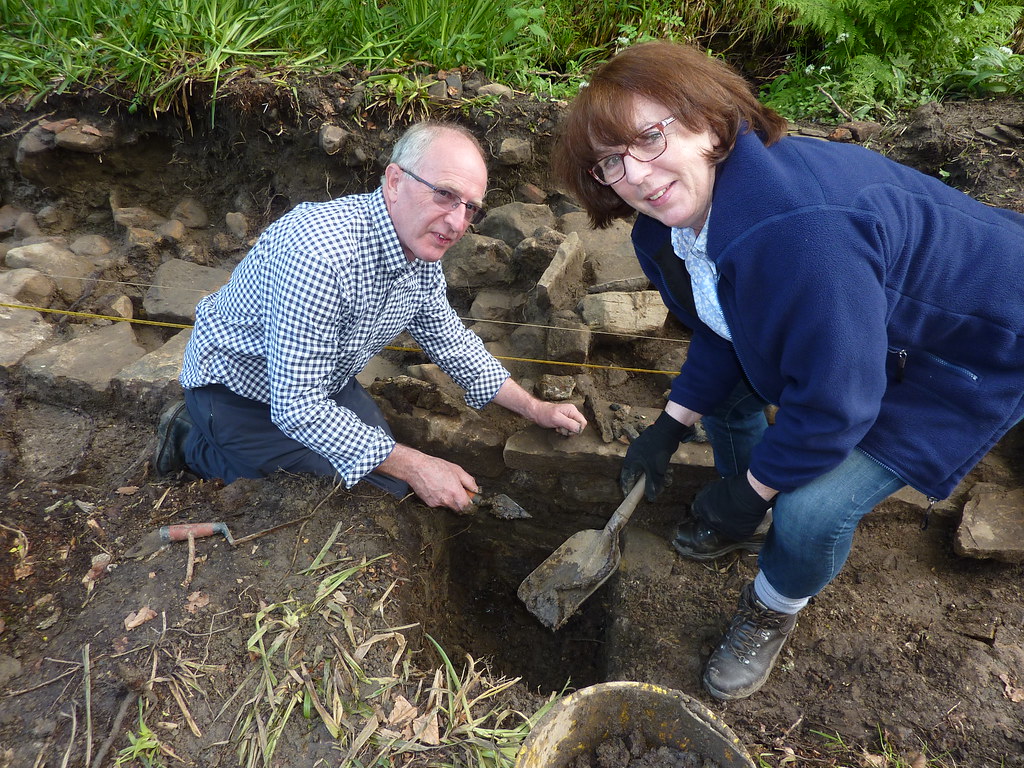 Joyce Jackson retired last year from an office job and was ready for something different – and outdoors. “Someone suggested volunteer archaeology. My immediate reaction was ‘I can’t do that; you have to be fit and flexible and I have had knee and hip replacement surgery in recent years. But I love a challenge so went along to Dukesfield in May, a little apprehensively. I watched and learnt and did a lot of bucket emptying at first.  I felt welcome and comfortable and found that my lack of flexibility wasn’t really a problem – I couldn’t kneel but I could sit down and actually I was stronger and fitter than I thought! Since my initial experience was good I went back for more in July and September. I spent lots of time working in the millrace area which was fascinating and complex. We found buried steps there on the very last day of digging. I also helped in the water wheel pit which was exciting and hard work! The more time I spent at Dukesfield the more the whole site started to come to life and I could imagine what it had been like when the smelting was taking place. Since then I have been confident enough to get involved in some survey work of old water courses at another site. It is fun, I have met lots of knowledgeable people who are happy to share their expertise, and it is good for the mind and body!”